Petr Vrbas unrelenting explorations of non-idiomatic improvisation using trumpets, clarinet, vibrating speakers, egg cutters etc., made him one of the most active experimental musicians in Prague these days. 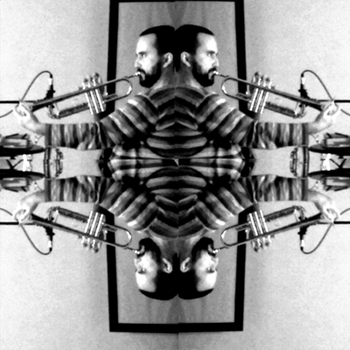 In 2010 Petr became one of the founding members of improvisation ensemble IQ+1 which released in 2011 highly acclaimed CD “tváří v tvář” and in 2013 IQ+1 (released by Polí5), album which was nominated for Czech Vinyla Prize 2013.

In 2011 he constituted Yanagi duo with Korean experimenter Ryu Hankil (alarm clock, typewriters). A year later they released their first album “clinamen” waiting for its second album to be released in Korea.

He is also member of psych-rock band Rouilleux.

During past years he started and still continues many projects: Poisonous Frequencies (with Federsel and DD Kern), NOIZ (with Thomas Lehn and Tiziana Bertoncini), Doppeltrio (with Maja Osojnik and Matija Schellander), Junk & the Beast (with Veronika Mayer) etc..

Since 2010 he curates the musical programme of Communication Space Školská 28 which is a multifunctional space for various nonprofit cultural and artistic activities.

Since 1994 he plays as a DJ at Radio 1 in Prague (last years include the 13 raw programme), and was also a temporary student of gamelan music at Institute of Art of Indonesia in Yogyakarta (1997–1998).